PakDiscussion | Discussion Forum of Pakistan
Home Entertainment “Sajal is no ones friend and that is what I like most...

“Sajal is No one’s friend and that is what I like most about her!” Says Yasir Hussain.

Yasir Hussain has a history of making controversial and inappropriate statements. The actor is back with his antics, Actor Yasir Hussain is currently in seclusion after testing positive for Covid-19. The Karachi Se Lahore star had a Q&A session on his official Instagram feed to communicate with his fans.

In response to a netizen’s question on his and Sajal Aly’s relationship, he claimed that the Mom diva is no one’s friend, which he believes is a positive feature.

“This industry is not a good place for friendships,” the Jhoothi actor believes. 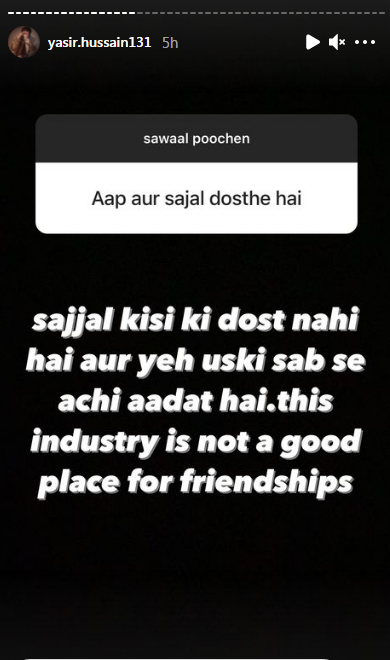 When one of the fans asked him about Sajal and Ahad’s relationship, he replied, “Cutest couple.” 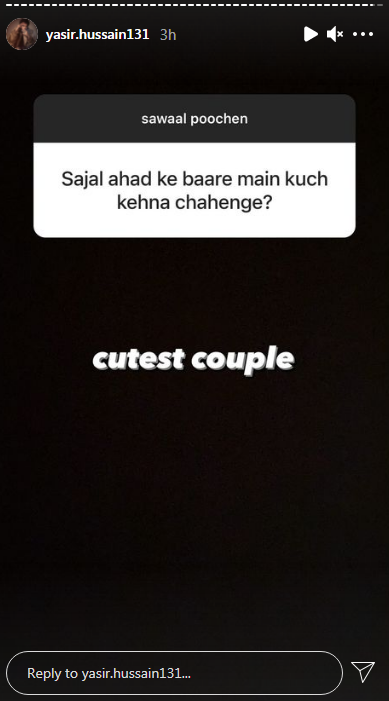