Yasir Hussain, an actor of Pakistan’s showbiz industry is extremely angry with the VIP treatment murderer Zahir Jaffer is getting secretly at the jail.

Recently, the Jhooti actor shares an Instagram story in which he showed his anger over the murderer Zahir Jaffer that just because Zahir is rich, he is getting special treatment in ‘Naya Pakistan’.

He also tagged Prime Minister Imran Khan in another story and shared that if a boy can kill and behead women and easily get away with it then nobody knows what will happen to the poor in the country. 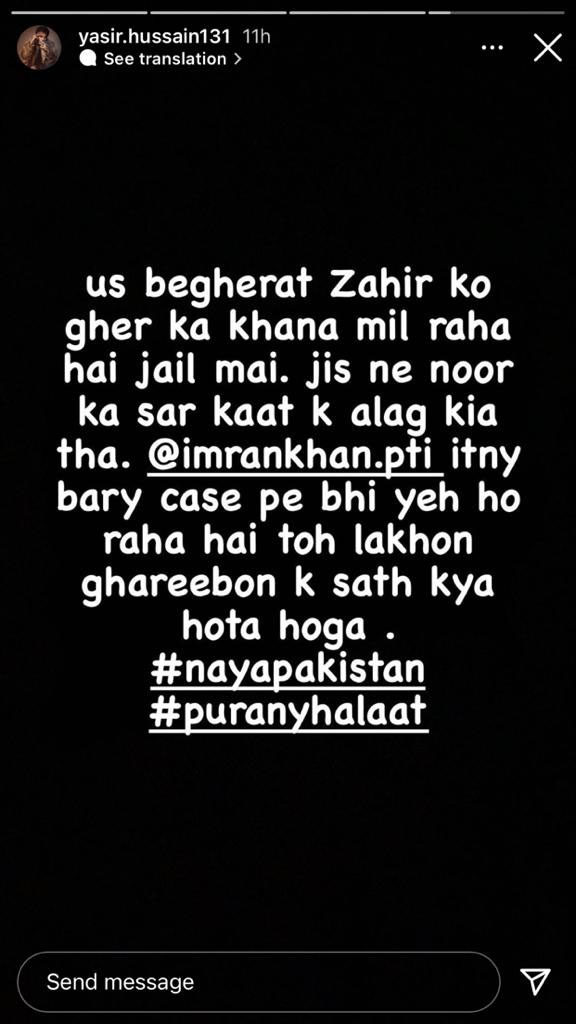 According to sources, the clothes of Zahir, the main accused in Noor Mukadam’s case, were changed on the 3rd day of his hearing in the court. He has access to a telephone and eats home-cooked food which is delivered daily to him, the sources claimed.

It should be noted that Iqra Aziz and Yasir Hussain recently welcomed their baby boy who they named Kabir Hussain.

Sharing the beautiful photo of his newborn son’s hands-on Instagram the actor wrote, “Alhamdulillah! By the command of Allah, we welcome Kabir Hussain.